Alyssa is the good fairy of the charm forest and she appears to be gentle and kind. She is former friends with Nafaria until they got in a fight. Alyssa is now the star of her own game, Alyssa's Star Challenge, which is similar to Gem Hunt found in the Curio Shop. Alyssa is willing to trade stars for KinzCash (Pixie Pucks) or you can keep the stars and get a prize when you collect them all.

Alyssa has red hair which is worn in french braids. She has brown eyes and blue eye shadow (sometimes green). She wears a blue dress, shoes, and tiara, sometimes swapped with a green color scheme.

Interactions with other characters

Nafaria: Alyssa was best friends with Nafaria until the got in an argument; they are now arch enemies. She sometimes has a hard time keeping Nafaria away from her, but luckily she has plenty of good fairies to help her out.

Maddie: She is good friends with Maddie. 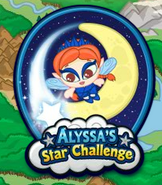 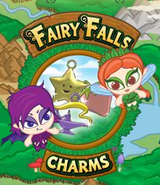 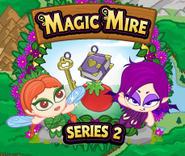 Add a photo to this gallery
Retrieved from "https://webkinz.fandom.com/wiki/Alyssa?oldid=32024"
Community content is available under CC-BY-SA unless otherwise noted.