The Arcade, also called the "Games Arcade", is filled with games for players to enjoy. Scoring high in a game awards KinzCash, and can help fill up a pet's Pet Care Heart. Every day a new "Game of the Day" is selected, which awards bonus KinzCash when played. Most of the games can be played at any time- however, some games, such as Wishing Well 2, Jumbleberry Fields, and the Wheel of WOW can only be played once a day. Some games are available for Deluxe Members only. 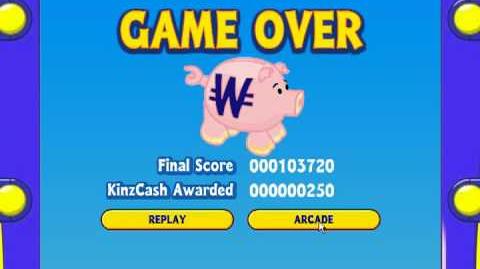 The Arcade in the mobile app
Community content is available under CC-BY-SA unless otherwise noted.
Advertisement