Webkinz Wiki
Register
Don't have an account?
Sign In
Advertisement
in: Pet of the Month, Pets, Regular Pets, 2011 Pets

The Billy Goat is quick as a whip! It's a fast runner who loves to play around on its Tasty Bouncy Sofa! The Billy Goat is also a top student at the Kinzville Academy and likes to eat Alfalfa Fajitas! 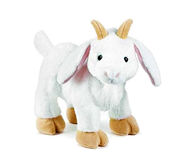