Webkinz Wiki
Register
Don't have an account?
Sign In
Advertisement
in: Pet of the Month, Pets, Regular Pets

HM709
The Camo Croc is a Webkinz pet that was released in June 2013. It doesn't have a Lil'Kinz version. It was Pet of the Month in July 2017. It isn't retired. Its pet specific item is the Swamp Hovercraft and its pet specific food is Florida Key Lime Pie.

The Camo Croc is green with a camouflage print on most of its body. Its front is dark green. It has large white teeth. Its eyes are black.

Go undercover with the surprisingly sneaky Camo Croc! This radical reptile adores zooming around the southern swamps on their super-fast Swamp Hovercraft! And after their adventures are over for the day, they love getting their claws on a piece of scrumptious Florida Key Lime Pie! 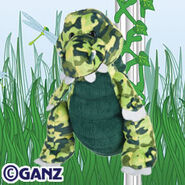 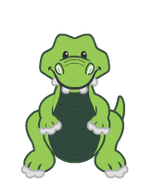