It has a pink nose with hotter-pink stripes. It has a hot pink shade on her body, and the outside of it's ears and paws are a pink-purple color. On top of its ears are a cherry. 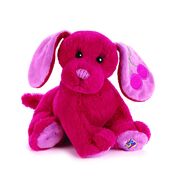 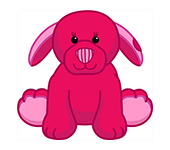 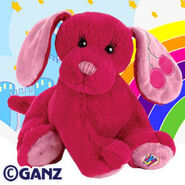