Webkinz Wiki
Register
Don't have an account?
Sign In
Advertisement
in: Pets, Seasonal Webkinz, Pet of the Month,
and 3 more

HM148
The Duck is a Webkinz seasonal pet that was released in January 2008. It was Pet of the Month for March 2012, it doesn't have a Lil'Kinz, and it isn't retired. Its pet specific food is the Cheese and Quackers and its pet specific item is the Wetlands Pond Bathtub.

If you're looking for a funny, friendly, feathery pal, then you should meet the duck! This delightful duck loves to 'quack up' with a good joke or story and enjoys being a bit of a jester. Want to put a BIG smile on your duck's beak? Just pick up a delicious snack of tasty Cheese and Quackers! 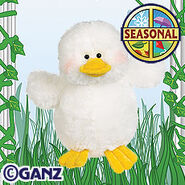 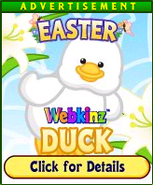 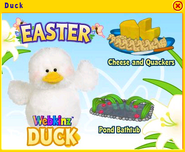