Webkinz Wiki
Register
Don't have an account?
Sign In
Advertisement
in: Pets, Pet of the Month, Cats,
and 2 more

HM165
The Webkinz Himalayan was released in February 2008. There is no Lil'Kinz, isn't retired, and it was Pet of the Month of March 2010. It was featured in the video Cat's Pajama Party. Its pet special food is the Sherpa's Pie and its pet specific item is the Yeti Mountain Window.

There is also a virtual Figurine which is called the Ski in Style Himalayan Cat.

This fuzzy kitty is known for being kind, intelligent and very sociable. Himalayans are puffy, fluffy and full of energy. Take one look into those deep blue eyes and you’re guaranteed to see a true friend looking back. Make everyday in Webkinz World more wonderful with a Himalayan! 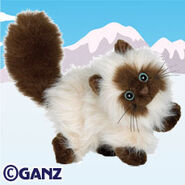 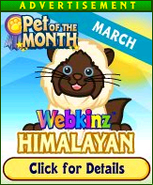 Pet Of the Month Ad 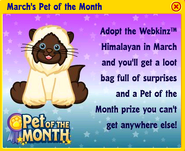