HM031
The Leopard is a regular Webkinz pet that was released in January 2007. It has a Lil'Kinz version, was Pet of the Month in September 2009, and isn't retired. Its pet specific food is the Garlicky Gazelle Tenderloin and its pet specific item is the Wilds of the Jungle Sofa.

"This big cat is as friendly as is it is strong; if you're looking for a faithful feline friend, look no further than the loyal leopard. While this leopard definitely likes the wild life, it is also quite happy spending time in a well-decorated room, or in the arcade playing some fast, action-packed games."

The Leopard has long, dark tan fur thats covered in warm, orange-brown spots. They have a cream coloured muzzle and chest with a light brown paws and a light brown stripe in the middle of their face above their dark brown nose. They have white whiskers, black eyes, small black eyebrows and 3 black dots on either sides on the front of their muzzle. They also have light brown inner-ears. Their Magic W is located on their upper left paw.

Wilds of the Jungle Sofa 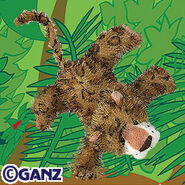 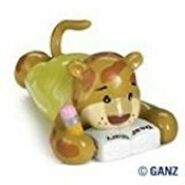 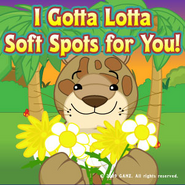 Its Pet of the Month music video album cover 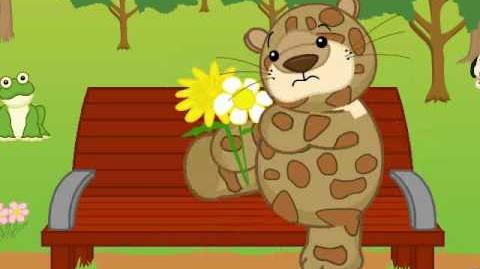 I Gotta Lotta Soft Spots For You - Leopard Music Video - September Pet of the Month
Community content is available under CC-BY-SA unless otherwise noted.
Advertisement