The Medieval Theme is made up of mostly Rare and Curio Shop Only items.

The other items in the theme are Ganz eStore, Superwheel, Contest, and Trading Card prizes.

The Medieval Theme was featured on some Webkinz Trading Cards: 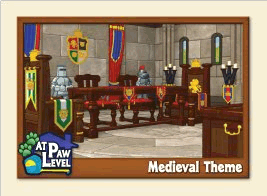 "There's nothing quite as regal as our Medieval theme. We made the columns and curtains stretch from floor to ceiling so the room would appear larger and more majestic. The grand table and thrones are over-sized, and check out those knights in shining armor. If you look closely, you'll notice that each piece of furniture has a special symbol on it from one of the four houses that made up the larger kingdom of Webkinz World back in the time of knights, kings, and queens." 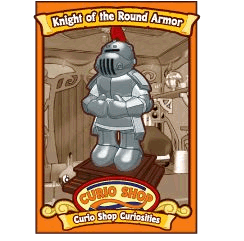 "This armor remained in the hallway of King Kinz' castle for centuries before it was discovered. It once protected Webkinz World's bravest knight, Sir Galahippo. He served noble King Kinz for many years and led quite a few battles. When he retired, he was given a gold scepter for all his hard work." 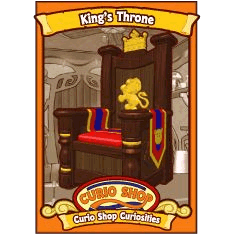 "King Kinz, Webkinz World's most beloved King, planned some of his greatest strategies and ruled his kingdom sitting atop this regal throne. King Kinz was known for being kind and just. The kingdom he so carefully built was the foundation for the Webkinz World we know today."

Retrieved from "https://webkinz.fandom.com/wiki/Medieval_Theme?oldid=36028"
Community content is available under CC-BY-SA unless otherwise noted.