Webkinz Wiki
Register
Don't have an account?
Sign In
Advertisement
in: Pet of the Month, Dogs, Pets,
and 3 more

The Orange Soda Pup is a cuddly pet who will bound their way into your heart! With a pup who's this passionate about the fizzy goodness of orange soda, of course their most beloved icy treat is a citrus-y Sherbet Float! And because they love sharing with friends most of all, be sure to stock their Soda Bottle Fridge with lots of soda for everyone!

This pet looks like a color variant of the Grape Soda Pup and Cream Soda Pup. 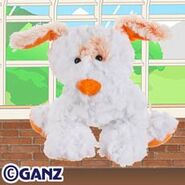