HM002
The Pig is a regular Webkinz pet that was introduced in May 2005. It was the Pet of the Month for June 2010 and was featured in the video Piggy Plum Pie. Its pet specific food is the Mud Burger and its pet specific item is the Fortune Telling Pig Statue.

Many real-world items include Pigs on them, including Mouse Pads, Trading Cards, Charms, and screen savers.

This pet was retired. There's a Kinz Klip version of the pet.

The Pig features a typical sleek body with pink skin and a curly tail. It's hooves, snout, and inner ears are peach-colored. The virtual avatar shows hair all over its head, similar to the appearance and texture to its plush counterpart. It's eyes are black dots and two long nostrils are on its nose.

"This little piggy doesn’t want to go to the market; this piggy just wants to come home with you! Pigs are excited to go anywhere with you, and to have some crazy adventures! Pigs also love to make new friends, and to share a mudburger or two." 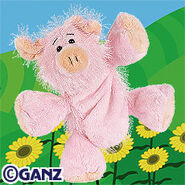 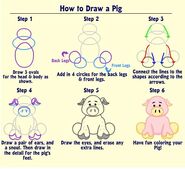 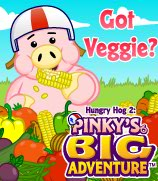 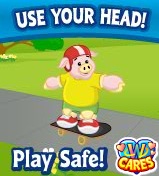 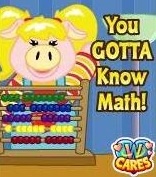 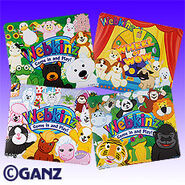 A screensaver with the Pig

A pig and it's emotions