"Schnauzers sure are cute and smart...not to mention really, really active. Make sure to have a big backyard full of cool stuff to play with - and maybe a treadmill for indoors, too! This precious pooch is always up for a good time. Whether it's visiting friends or just hanging out around the house, the Schnauzer knows how to make life fun!"

The Schnauzer is short-haired and light tan in colour, with floppy ears, white paws and a white underbelly. It has bushy white eyebrows, a grey long mustache on its muzzle and yellow-brown beard like hair underneath its chin. It also has black eyes and a triangular, black nose. Their Magic W is located on its right hind paw. 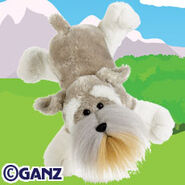 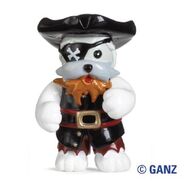 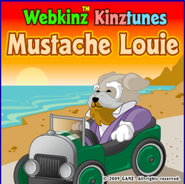