The Signature Barn Owl is one of the Signature Pets. It was released in January 2013. It doesn't have a Small Signature version. It has not been Pet of the Month. It isn't retired. Its pet specific item is the Weathered Barn Lookout and its pet specific food is Gourmet Cricket Cocktail.

The Signature Barn Owl has a white front, white legs, and a white face. It has small black flecks on its front. Its back, wings, and the back of its head are a mixture of light gray, dark gray, and medium brown. Its talons are medium brown. It has a pale pink beak. Its eyes are dark brown with large black pupils.

One of the smartest birds around, the Signature Barn Owl watches the outside world from the refined heights of the Weathered Barn Lookout! And to top off a day of graceful gliding and dangerous diving, this talented hunter loves nothing more than a well-earned Gourmet Cricket Cocktail!

The PSI for this pet is called the Weathered Barn Lookout in its official description, but it is also referred to as the Sneaky Silo. It is uncertain if both names are used or which name is correct. 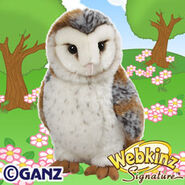 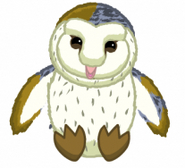 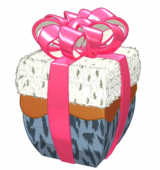