The Signature Chow Chow is one of the Signature Pets. It was released in September 2013. It doesn't have a Small Signature version. It has not been Pet of the Month. It isn't retired. Its pet specific item is the Empire Tower Bed and its pet specific food is Signature Stir Fry.

The Signature Chow Chow is cinnamon colored. It has brown eyes with large black pupils. Its nose is brown.

It's time to bow down to the greatness that is the Signature Chow Chow! A most regal and proper pet, this cuddly pup loses their cool with excitement when they chow down on their favorite Signature Stir Fry! And after a long day of ruling their land, they settle into their majestic Empire Tower Bed for a nap fit for an emperor! 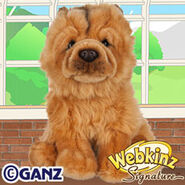 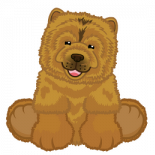