HM142
The Spotted Frog is a regular Webkinz pet that was released in April 2007. It isn't retired, doesn't have a Lil'Kinz version, and was Pet of the Month for July 2009. Its pet specific Food is the Spotted Shrimp Scampi and its pet specific item is the Reeds N' Rushes Sofa.

"Have you ever seen a Spotted Frog before? If not, check out this perfect pet! Although Spotted Frogs LOVE life near in pond, they are just as happy hanging out in an awesome yard with a cool pool! One thing's for sure - if you need a good friend, look no further than this frog!"

The Spotted Frog has a cream underbelly and palms, and they have eyes that consist of lime green sclera and black irises. The rest of their body consists of a pattern that is green splotches with cream outlines. Their Magic W is located on the right side of their stomach. 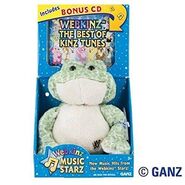 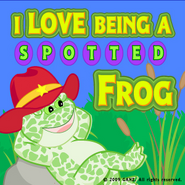 A Spotted Frog on its Pet of the Month Album Cover 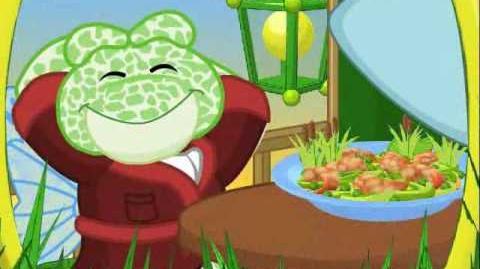 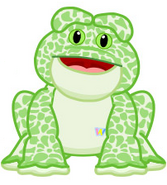 The Spotted Frog in an advertisement
Community content is available under CC-BY-SA unless otherwise noted.
Advertisement