Webkinz Wiki
Register
Don't have an account?
Sign In
Advertisement
in: Dogs, Pets, Pet of the Month Pets

The Stache Dach is a regular Webkinz pet that released in November 2014. It is not retired, and was Pet of the Month for November 2017. Its pet-specific item is the Mustache Mobile and its pet-specific food is some Refined Root Beer.

"The Stache Dach is pleased to make your acquaintance! A classy pet who adores their elegant lifestyle, they’ll often be spotted zooming about town in their immaculate Mustache Mobile! And, of course, this dachshund would never be without an ice-cold glass of Refined Root Beer, a drink fit for the most cultured of pets."[1]

The Stache Dach is a long bodied dog that is burnt-sienna brown in colour. Their floppy, long ears are cocoa brown, and on their long snout they have a triangular, black nose with 3 dots on either cheek. They also have large black claws and black eyes. Their body, head and tail are also covered in a pattern of black handlebar mustaches. 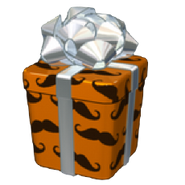 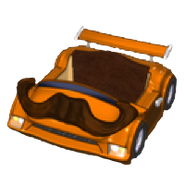 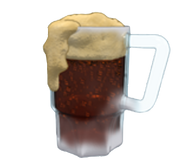 Pet of the Month advertisement