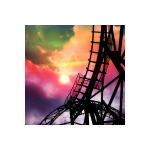 Hi. I made my Webkinz account in 2007. I've been playing on and off over the years. Mostly I'm just a browser of Wikias, but I saw a page that appeared to have been hijacked/graffit'd/whatever your term is for it so I edited it to hopefully bring the attention of it to the admins.

I won't be active on here much but I'd like to see how I can help out because Webkinz is a great site.

I think it was the first site I ever joined. I was pretty young, and had gotten my first pet, a Yorkie -Sweetie- from someone, and then the next week or so I got a "family member because the first one seemed lonely." The next one was a White Terrier who I named Snowball. I played pretty much every day and loved it. I remember playing Jazz Monsters and was sad when it retired.

Later I had a surgery, and Snowball had gotten a hole in her stomach earlier that week. This was only a few months late after I got her, and the doctors sewed her up for me, (they told me to bring a stuffed animal) and put medical scrubs on her! I think it was just a mask, but I still remember that.

I like Webinz because of the memories that go with it, and the games are fun.

You can spot me at the Cubhouse, (I trade, but not often. I'll the one who has good stuff but isn't willing to give it up.) the Park, and the Tournament Arena. I love to enter the games I'm good at in the Quick Tournaments. I don't enter much, if you get my drift. :) I love to play Webkinz Super Models and Chef Challenge.

Retrieved from "https://webkinz.fandom.com/wiki/User:Singingdolphin46?oldid=29292"
Community content is available under CC-BY-SA unless otherwise noted.